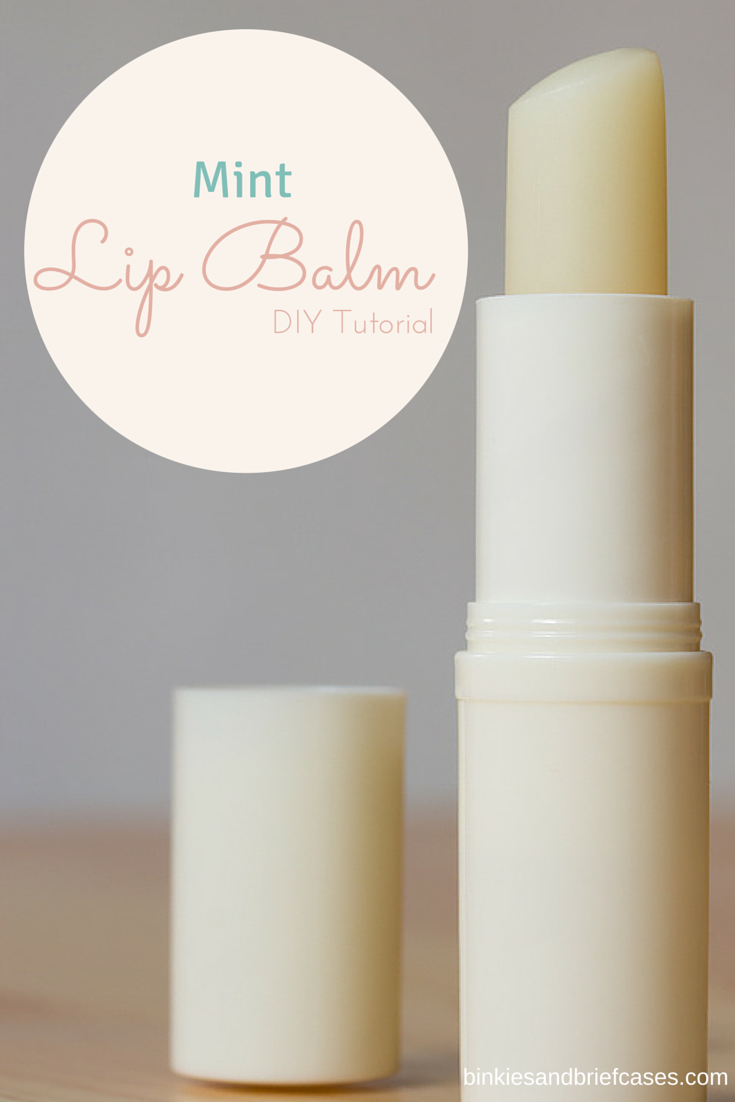 Abby has been very into the idea of trying on my makeup lately and asking for some of her own. I saw a post about making lip gloss for little girls out of Kool Aid here and I thought it was an awesome idea!

Except I didn’t have any Kool Aid or little pots like the ones used at Mumma Made It. and I have been having a lot of morning sickness with this pregnancy, so I really didn’t feel up for going to the store. Plus I wanted Abby’s pretend make-up to look more like Mommy’s, except I wanted it to have no color so that it wouldn’t look like I was trying to get my daughter in an episode of Toddlers in Tiaras.

I might not have had the “right” stuff, but I did have a breath mint, some Vaseline, and an old lip stick that I never wore… 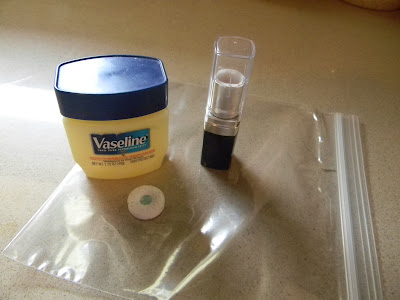 First I cleaned out the lipstick tube. I found that the best way to do this is by using a q-tip to work a baby wipe around in there. It doesn’t have to be completely clean because when you are finished, any extra old lipstick hiding in there will come up on the outside edge of the new one and you can wipe it away really easily.

Next, I crushed the breath mint in a plastic bag. 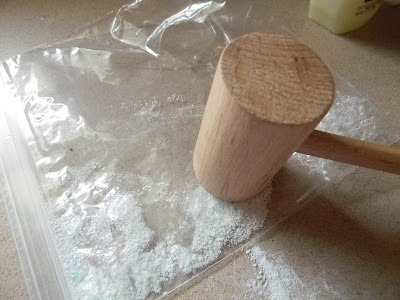 Then I microwaved about a teaspoon of Vaseline, stirring every 30 seconds or so until it melted. 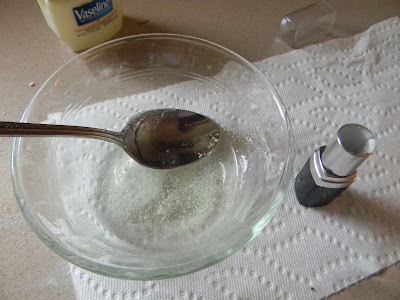 I added the crushed mint and stirred it around for a little while. 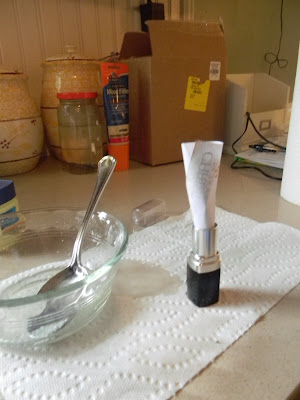 (Try to ignore the clutter on my counters, k? Thanks.)

Then I needed a way to pour the liquid into the tube without making a huge mess, so I made a tiny funnel out of a post-it note and poured it into the tube. Make sure the lipstick tube is rolled all the way down before you add the liquid. I had a lot left over, I think this recipe might be enough to do 2 tubes. It sounds even more complicated than it is. It really only took about 3 or 4 minutes, start to finish.

I put it in the refrigerator for a few minutes and it set up really fast! I was worried about how the lipstick tube would work because every other lip gloss tutorial I found said to use little pots. It works fine. I had to roll it to the top , then roll it down again and wipe away a tiny bit of excess, but it works like a charm. In the picture it is still a little wobbly because it hadn’t completely set in the frig yet.

If I was going to do this again, I would use mint extract instead of a crushed breath mint. But, hey, we work with what we’ve got. 😉

If you use Kool Aid or hot chocolate mix, or any other kind of drink mix instead of the crushed mint, it will tint the gloss. I think it would be fun to make lots of different flavors at a sleep over party or to give as a gift for a tween girl. I also wish I would have known how to do this when I was teaching science, because I think it would have been a fun demonstration about states of matter that we could have used as a Mother’s day gift.

Let me know if you make one. 🙂